Make sure you purchase the right battery for your Smartphone. Batteries are not compatible between different brands, and often not among phones within the same brand. It’s recommended that you use a genuine Nokia 105 battery.

1. Turn off the power so that you won’t lose any stored information. If the device is on, press and hold the power/end-call button for a couple of seconds, until the phone shuts down. 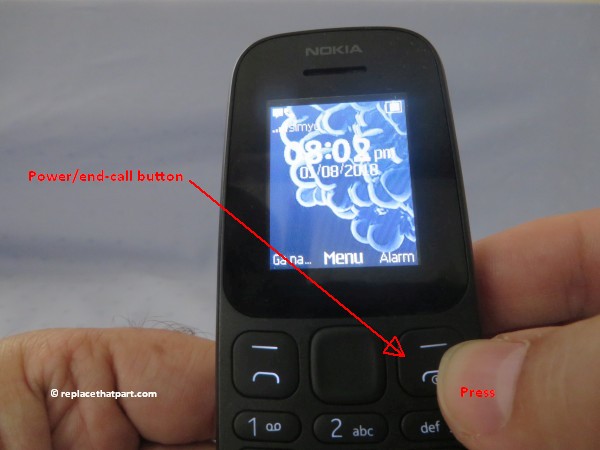 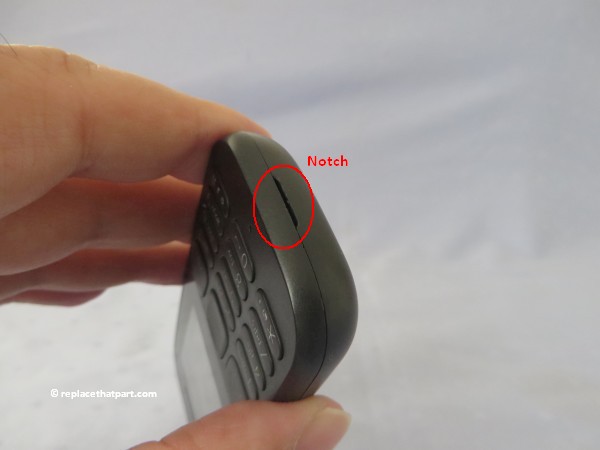 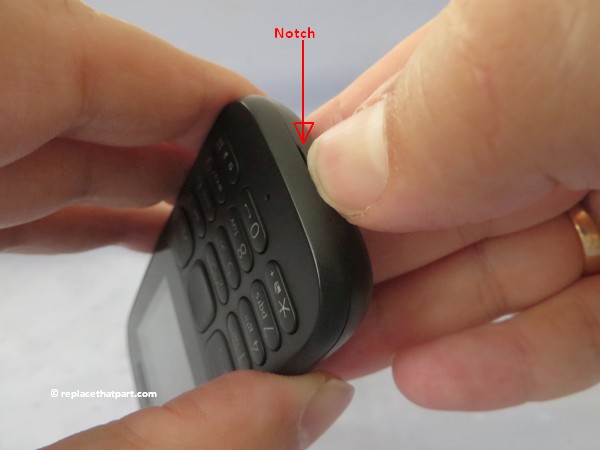 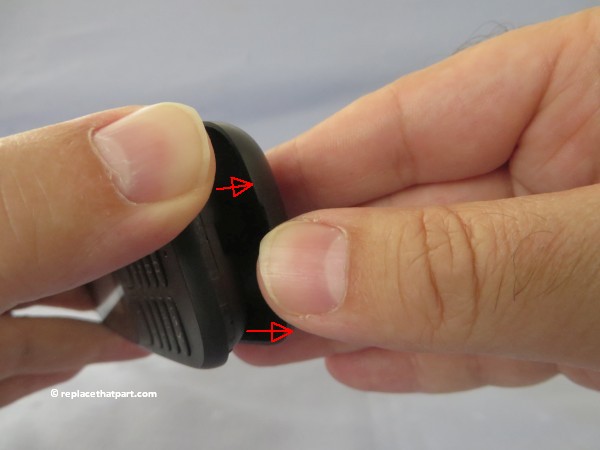 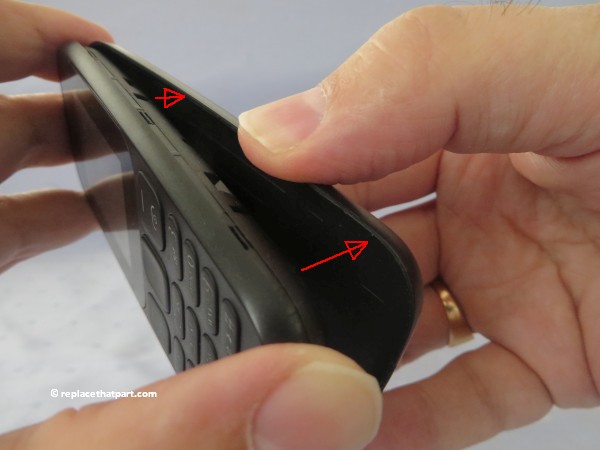 3. Remove the battery. Using your nail or finger, lift up the battery via the small notch at the top of the battery compartment and lift the battery out of the phone. 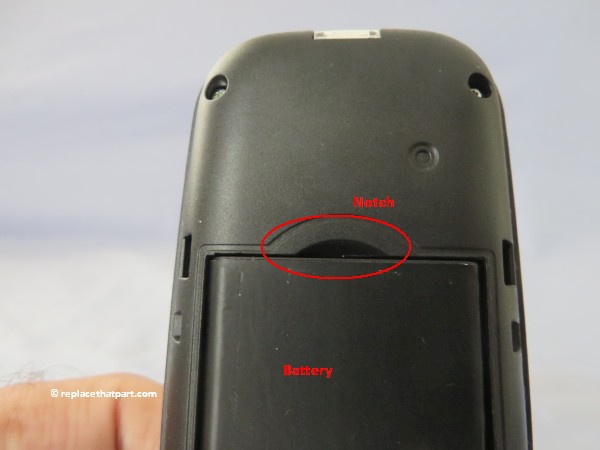 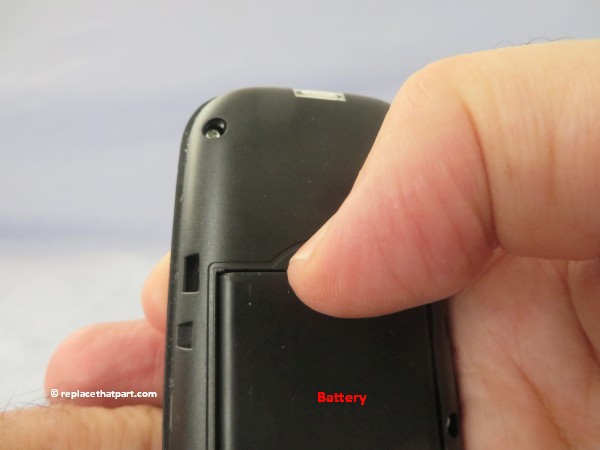 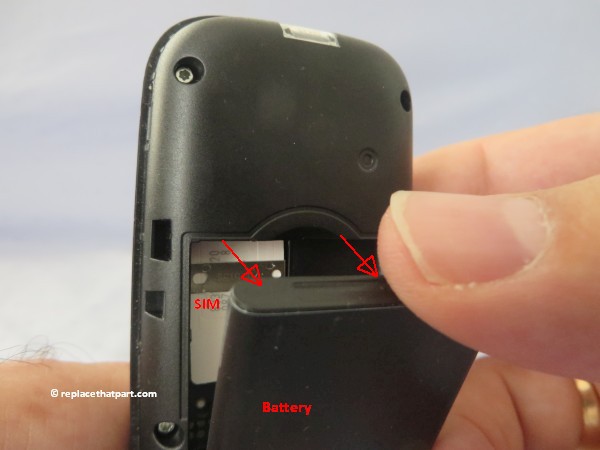 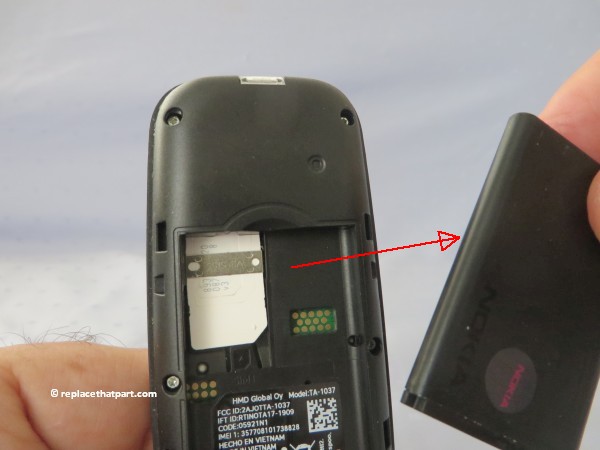 4. Install the new battery
Turn the battery if necessary. The Nokia logo should be on top and in the LEFT bottom corner. Align the three gold colored contacts with the three prongs on the bottom-right side of the battery slot, as shown in the pictures below. Slide the battery into the battery housing cavity and press down gently to secure it in place. It should fit easily and exactly. 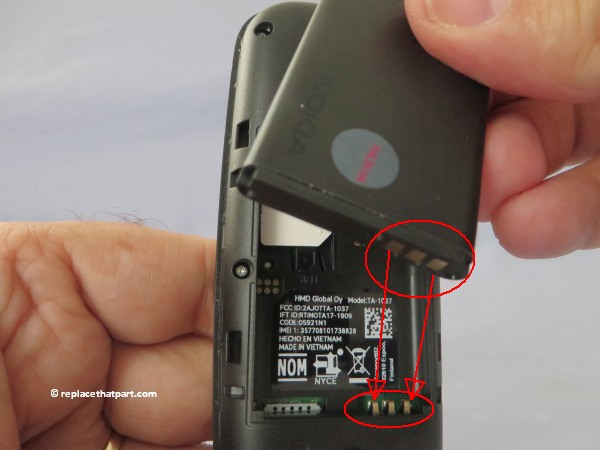 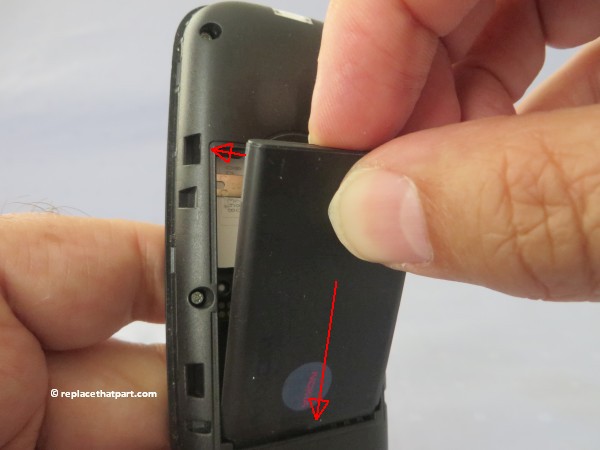 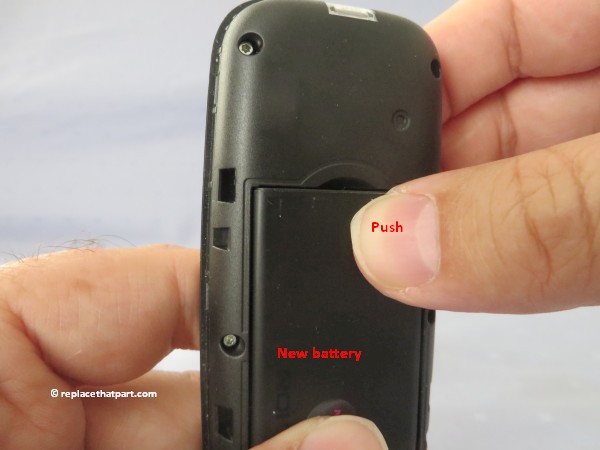 5.Replace the back cover. The 3 holes should be on top. Gently press the cover down and around the sides of the phone until it clicks into place. 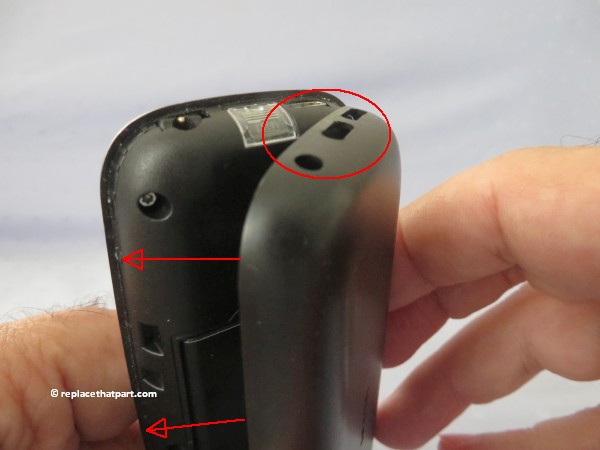 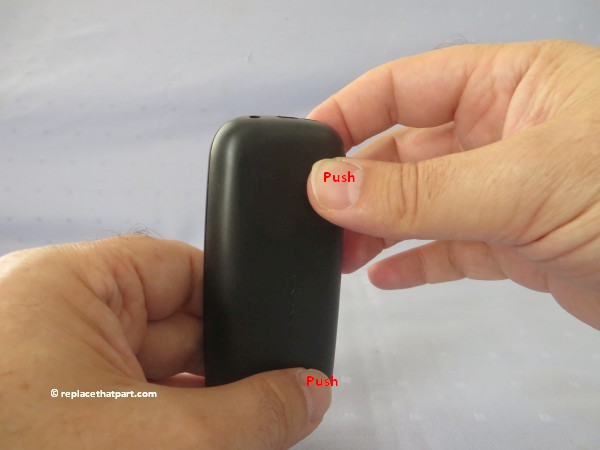 8. Press and hold the power/end-call button for 1 or 2 second. Doing so will turn your phone back on and the device will automatically search for a network. 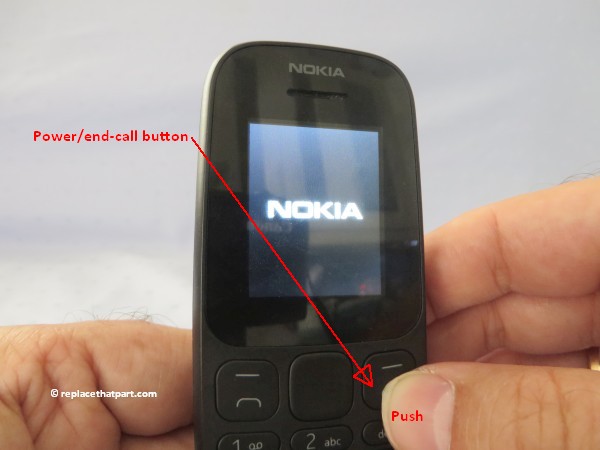 9. Check if your new battery is recognized by the device and if it’s already charged to some extent. Many battery manufacturers ship new batteries with their batteries charged around 60%. In this case, there is no real need to charge the battery before the first use. A good rule of thumb seems to be to never charge your phone up to more than 80 percent of capacity. 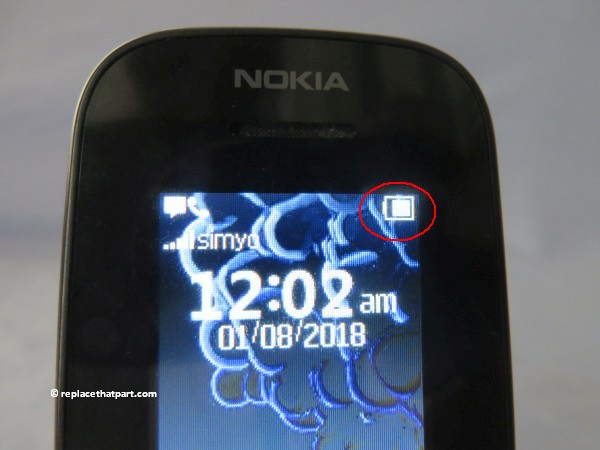