A computer memory upgrade is often the best way of increasing overall computer performance, and upgrading netbook memory is often one of the easiest computer upgrades. Do you want to get a little more power out of your ASUS Eee PC 1001P Pine Trail Netbook? Upgrade that 1GB memory module with a 2GB SODIMM. It will speed up opening new applications, running multiple applications at once, and switching between software applications (multi-tasking). Here’s a complete and easy guide on how to upgrade your ASUS Eee PC 1001P’s memory.

Intel Atom N450 (Pineview) based machines can’t access more than 2GB of RAM in total. A 1GB memory module is installed in the memory slot at the bottom of your computer. There is, however, only one memory slot on the motherboard, so this means that you’ll have to remove the current RAM module in order to insert a new one. For your ASUS Eee PC 1001P Netbook you need a standard 200 pin DDR2 SODIMM laptop memory module (not desktop memory). Select a 2GB DDR2 SODIMM memory module of 800MHz or 667MHz. These may be referenced as PC2-6400 or PC2-5400. The 800MHz stick will work, but it won’t make a difference in speed as it’s just throttled down to the motherboard bus speed of 667MHz. Recommended brands include, but are not limited to, Crucial, Corsair, Kingston, Patriot, Hynix and Viking.

1. Disable Boot Booster. The Boot Booster item in BIOS setup helps shorten your Eee PC 1001P bootup time. However you must disable this BIOS item before you upgrade the memory:

a) Start your Eee PC and press <F2> on bootup to show the POST screen. Press <F2> again to enter the BIOS setup.
b) Set Boot Booster to [Disabled].
c) Press <F10> to save the new BIOS configuration and restart your Eee PC.

2. Shut down the computer completely.

3. Power off your Eee PC if it’s on. Also, unplug the AC power adapter.

4. Prepare your Eee PC by placing it upside-down on a flat surface with some form of soft padding. Static electricity can damage your module and other computer parts. Make sure that you are working in a static-safe environment. Remove any plastic bags or papers from your work space.

5. Remove the battery. This will prevent you from accidentally shorting anything on the system board during this process. The spring battery lock keeps the battery pack secure. When removing the battery pack, this spring lock must be retained in the unlocked position. 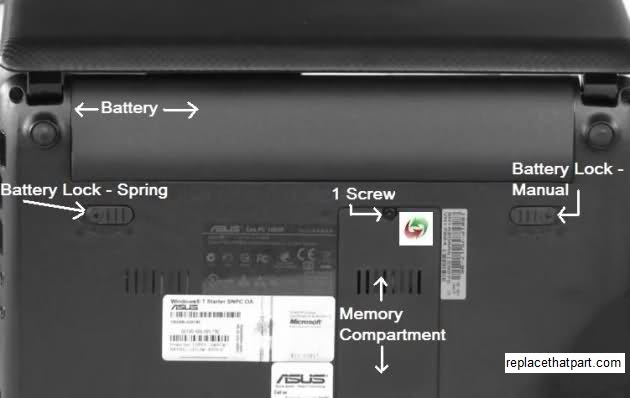 7. Be sure to ground yourself. Touch something metal, like a tap, for a couple of seconds and you should be fine.

8. The memory stick is secured in a dedicated compartment at the bottom side of your netbook. 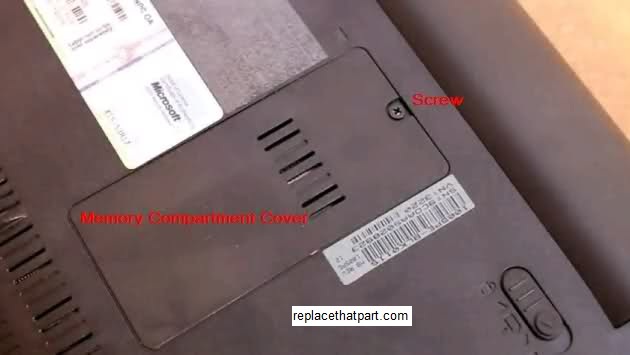 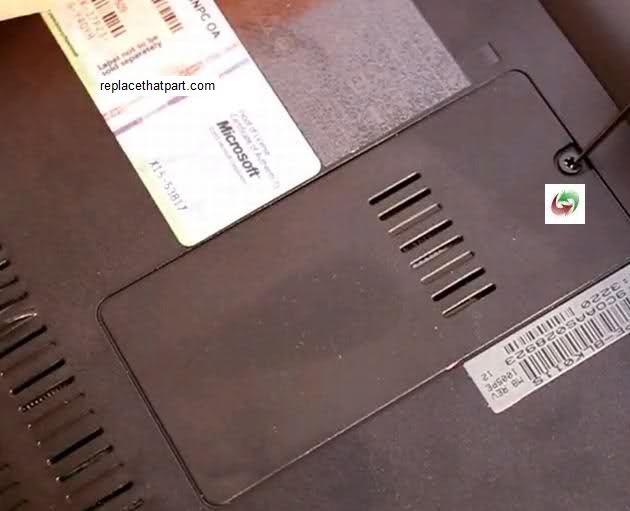 9. Press outwards on the latches on both edges of the socket at the same time, remove the SODIMM; it should pop right out. Be sure to save the old SODIMM for future use. 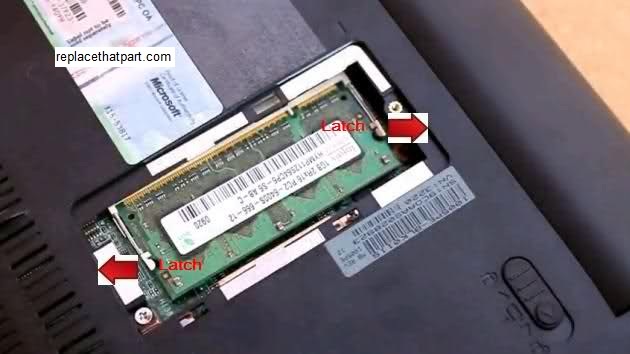 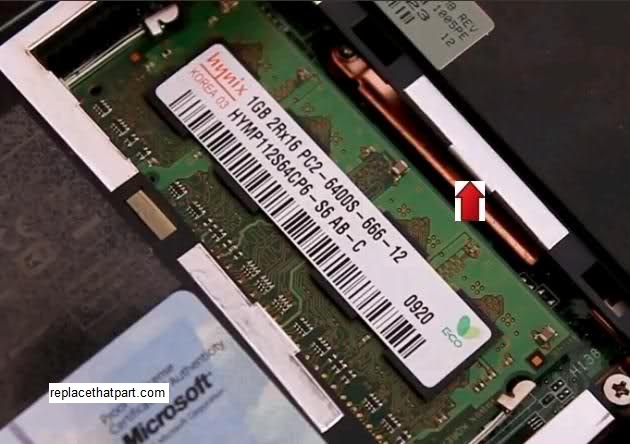 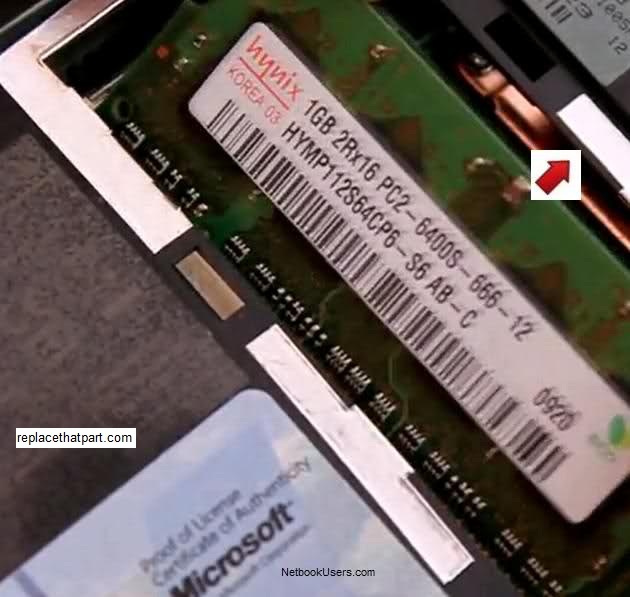 11. Turn the module so the teeth are facing the SODIMM slot and the sticker is face down. It’s impossible to put the memory module in backwards thanks to the notches which “key” it with the slot. Insert the notched end of the SODIMM into the socket. This is important; you want to stick in the new memory module at a 45 degree angle. Press the SODIMM firmly, and pivot it until it snaps into place and the metal retaining clips clasp into the grooves on either side of the module.

12. Make sure that it is firmly fixed in the slot and does not move easily. If the memory does not fit easily, take it out and try again. The module should be seated so that you don’t see any of the gold contacts. 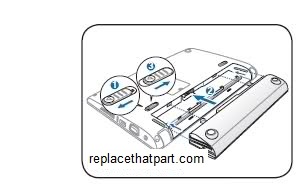 Test it.
14. Once you’ve installed the RAM you MUST immediately enter the BIOS again only to exit it without changing anything yourself (under the hood the RAM-count will be changed). Press <F2> on bootup to show the POST screen. Press <F2> again to enter the BIOS setup. After that the 2GB should show up and you should see the new amount of memory displayed on your startup screens or in the properties for “My Computer”.  Right click on the “My Computer” icon and select “properties”. The screen which appears should show approximately 2GB of RAM (usually 1.99GB). The memory capacity reported in Windows might be less than the actual capacity of memory. This is because BIOS or the onboard graphics uses a portion of memory or claims it for further use.

15. If everything works correctly, you are done and you can reinstall the memory compartment cover. If you have any problems, go to step 17 for troubleshooting tips.

17. Troubleshooting. If you have trouble with your new RAM, check these things first. Check the power cords. Is everything plugged in properly? Check the module. Try removing the module and replacing it to make sure it is seated properly in the slot. If you’re still having difficulties with your RAM, check the Crucial FAQ section. You may find an easy solution for your problem.