Adding RAM is often the most cost-effective upgrade you can make to speed up a computer. When a computer runs short of RAM, it’s forced to swap the overflow data on and off of the hard drive, which can significantly slow performance. Fortunately, upgrading netbook memory is often one of the easiest computer upgrades. Do you want to get a little more power out of your Fujitsu LifeBook MH380 Pine Trail powered Netbook? Upgrade that 1GB memory module with a 2GB SODIMM. It will speed up opening new applications, running multiple applications at once, and switching between software applications (multi-tasking). Here’s a complete and easy guide on how to upgrade your Fujitsu LifeBook MH380’s memory.

Intel Atom N450 (Pineview) based machines can’t access more than 2GB of RAM in total. A 1GB memory module is installed in the memory slot at the bottom of your computer. There is, however, only one memory slot on the motherboard, so this means that you’ll have to remove the current RAM module in order to insert a new one. For your Fujitsu LifeBook MH380 Netbook you need a standard 200 pin DDR2 SODIMM laptop memory module (not desktop memory). Select a 2GB DDR2 SODIMM memory module of 800MHz or 667MHz. These may be referenced as PC2-6400 or PC2-5400. The 800MHz stick will work, but it won’t make a difference in speed as it’s just throttled down to the motherboard bus speed of 667MHz. Recommended brands include, but are not limited to, Crucial, Corsair, Kingston, Patriot, Hynix and Viking.

2. Disconnect all external devices connected to your Fujitsu LifeBook MH380. 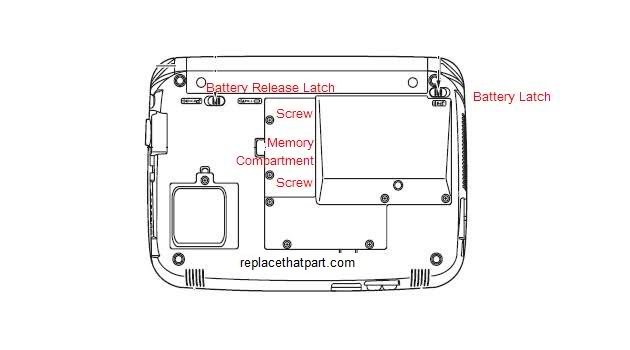 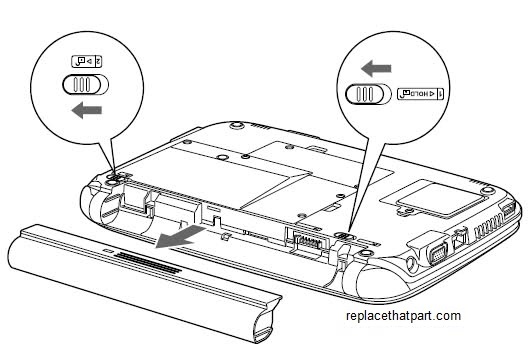 8. Loosen the 2 captive screws that secures the memory module compartment cover to the computer. 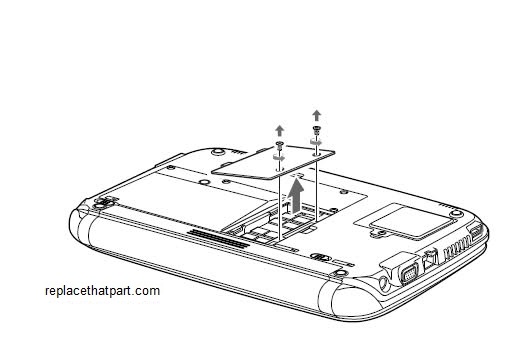 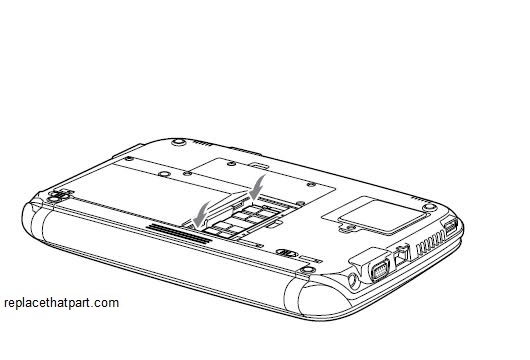 13. Before you close your case, replace the battery. Slide the battery into the compartment; the left battery release latch will click into place. Slide the right battery latch to the left to lock it.

14. Test it.
Turn your computer back on. The BIOS automatically detects the amount of memory in the system and configures CMOS accordingly during the Power-On Self-Test (POST) process. There is no hardware or software (including BIOS) setup required after the memory is installed. You should see the new amount of memory displayed on your start-up screens or in the properties for “My Computer”. The screen which appears should show approximately 2GB of RAM. The memory capacity reported in Windows is less than the actual capacity of memory. This is because BIOS or the onboard graphics uses a portion of memory or claims it for further use.

You can also hold <F2> during the POST. When the Fujitsu logo appears on the booting screen, press the <F2> key to enter the BIOS Setup. The BIOS Setup Utility screen will open and the System Memory item shows the total amount of memory installed in your netbook. If everything works correctly, you are done and you can close your case. If you have any problems, go to step 15 for troubleshooting tips.