A memory upgrade is often the best way of increasing overall computer performance, and upgrading a 10.1-Inch Gateway LT20(X) Series Netbook is very easy, even when you’ve never done something like this before. Do you want to get a little more power out of your Gateway LT20(X) Netbook? Upgrade that 1GB memory module with a 2GB SODIMM. It will speed up opening new applications, running multiple applications at once, and switching between software applications (multi-tasking). Here’s a complete and easy guide on how to upgrade your Gateway LT20(X)’s memory.

Purchase the right memory. For your 10.1-Inch Gateway LT20(X) Series Netbook with an Intel Atom Processor N270 or N280 you need a standard 200 pin DDR2 SODIMM laptop memory module (not desktop memory). Select a 2GB DDR2 SODIMM memory module of 667MHz. This may be referenced as PC2-5300. The PC2-5300 667MHz SODIMM is the most popular netbook memory upgrade and a faster module is backwards compatible, so a 667MHz SODIM will definitely work, even when the original SODIMM is a 533MHz module. Recommended brands include, but are not limited to, Crucial, Corsair, Kingston, Patriot, and Viking.

2. Disconnect all external devices connected to your LT20(X).

5. Remove the battery. This will prevent you from accidentally shorting anything on the system board during this process. To remove a battery pack:
1 Slide the battery release latch to release the battery.
2 Pull the battery from the battery bay.

7. If your device has WWAN capability, remove the 3G SIM card (only for certain models, like the Gateway LT2016U). 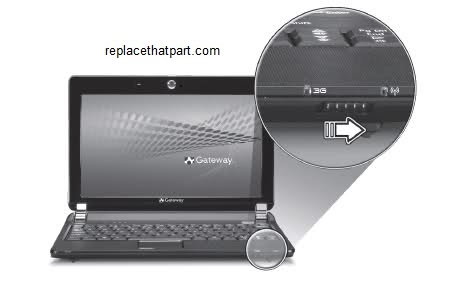 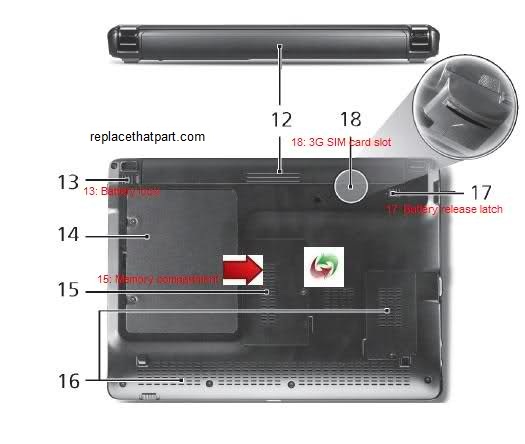 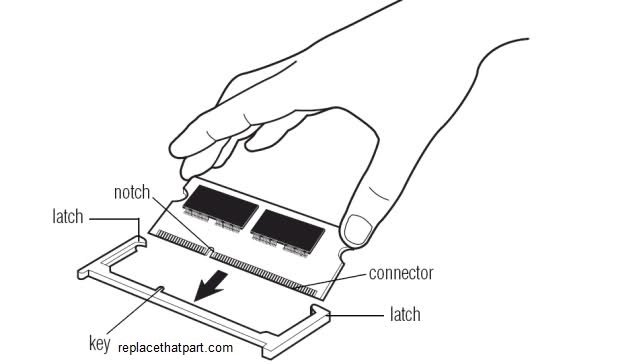 14. Test it. Before you close your case, insert the SIM (only if you have one) and replace the battery. To install the battery again, slide the battery into the system. Turn your computer back on. The BIOS automatically detects the amount of memory in the system and configures CMOS accordingly during the Power-On Self-Test (POST) process. There is no hardware or software (including BIOS) setup required after the memory is installed. You should see the new amount of memory displayed on your start-up screens or in the properties for “My Computer”. You can also hold <F2> during the POST; while the notebook PC logo is being displayed. The BIOS Setup Utility screen will open and the System Memory item shows the total amount of memory installed in your netbook. If everything works correctly, you are done and you can close your case. If you have any problems, go to step 15 for troubleshooting tips.